“I’m excited to head the offline media activation team at Mediassociates,” said Weaver. “The agency attracted me with its creative and integrated approach connecting motion-based media channels from television, digital video and new ‘connected TV’ devices with media performance measurement. I’m looking forward to bringing my experience to the extensive direct-to-consumer, B2B, healthcare and higher-education portfolios at the agency.”

“At Mediassociates, we work with sophisticated clients who expect that we plan, activate, and measure their media campaigns efficiently and transparently,” said Jeff Larson, President of Mediassociates. “Alicia’s holistic view of media activation fits well with our approach to driving performance from offline media investments while strategically incorporating addressable television, OTT, streaming, and other emerging media tactics. In a world where marketers must learn to deploy evolving video and streaming audio platforms to reach consumers, integrating new advertising tactics with old is vital for success.”

Mediassociates is a media planning, buying, and analytics agency focused on helping mid-market and high growth brands plan, activate, and improve media performance. Our “measurement first” approach focuses on driving meaningful and measurable business impact for our clients. Mediassociates was founded in 1996 and today manages media activations for clients in the United States and internationally. Agency services include online and offline media strategy, planning and buying, social media, programmatic media, SEM, campaign analytics, and attribution. We work with world class brands such as Ariat, National University, FIS Global, the Centers for Disease Control, and Eaton Corporation.

Growing up is full of challenges. The programmatic advertising industry is moving out of its awkward, rebellious teenage phase into that of a more responsible young adult. They’ll still stay out too late, but odds are they’ll make it to work on time.

What’s changed? The rise of quality and safety.

Programmatic advertising is at heart the use of software to plan and buy digital advertising. Initially focused on banner ads, programmatic has evolved to cover almost every form of media, from TV spots to streaming audio to online video and mobile. The automation of the software platforms initially focused on cost savings – but as programmatic often picked up “remnant” digital ad space, issues on the quality of placement began to be the focus. P&G, the largest advertiser in the world, in 2017 culled its programmatic ad purchases by about $200 million and refocused on a short list of high-quality websites, worried that the so-called long-tail of ad content might put its brands in bad editorial context.

Like a 20-something who still feels passionate about the tech in his sports car but is learning to drive more carefully, programmatic is coming into a balance of computer savvy and contextual quality.

Example one; MediaPost reported recently that programmatic ad quality is higher than ever before in the space, with “notable declines in the rates of malicious and in-banner video ads.” No one factor can take the credit for the improvements, but contributors include the widespread adoption of the ads.txt format, SSP vigilance, as well as programmatic agencies ratcheting up their vigilance around buys.

Example two comes from Google, where YouTube has agreed to end targeted advertising around videos that children are likely to watch. YouTube’s revenue from children’s media has been estimated to be upwards of $750 million a year and this change is expected to negatively affect YouTube, and Google’s, bottom line. The move puts YouTube more in line with rules around television advertising targeting children, and while how the change will be implemented is still to be finalized, it is a step in the right direction toward protecting the most vulnerable viewers of online content.

As the Internet approaches 40, societal expectations are causing advertisers and publishers to adjust their approaches as well. Growing up is never easy, but we see good things ahead for programmatic and—as long as they have it back by 11 p.m.—may even lend it the car keys this weekend. 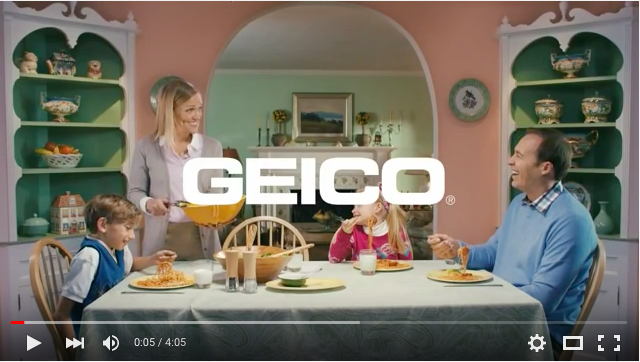 We recently met a senior marketing manager who expressed a challenge: How could her organization move from an ad realm where two TV spots are created annually to a new world where brands need micro-content created each week, or even each day? Videos are powerful tools in micro-content, but the dynamics on small social screens (usually meaning mobile) are obviously different than on large, hi-def TVs. So, what video works best in social?

Facebook recently released study data showing top practices for creating video for social sharing. “It’s critical to connect with your audience and capture attention right away,” Facebook noted. About 65% of people who watch at least the first three seconds of a video will stick around for 10, and 45% will watch for 30 seconds – so grabbing the viewer immediately is vital. This can include front-loading product shots; including brand imagery and text in the first few seconds; and using popular spokespeople. In March 2015, Geico garnered buzz with video ads in which the entire ad story was told in the first 5 seconds, basically rendering the ads “unskippable.” As critic Tim Nudd noted in Adweek, “if you don’t hook people then, you’ll lose them.”

Facebook also recommends designing video ads for the “sound off,” since most video ads on mobile feeds are watched without sound. Subtitles, please! In one great case study, Seda Sunsilk promoted an anti-dandruff shampoo to Brazilian women with video tutorials that used creatively designed text on the screen, so the images were easily understood with no sound. The campaign resulted in a 7-point lift in unaided brand awareness. Kleenex is another brand that has scored big using videos in social media with text overlays, as well as the what-used-to-be-heavy-handed approach of putting the brand logo on the screen, too.

Facebook’s biggest tip is also the simplest: Experiment. With video editing costs falling, and the ability for digital media to report on everything from clicks to views to video completion rates, you might as well try numerous versions of your video creative to see what works best. Test at small budgets, then quickly pivot to what works. Seriously, try skipping this:

Whether you see digital ad blockers as hero or villain can depend on who signs your paycheck, but one reality is clear: publisher advertising revenue is taking a hit from their adoption. A recent report commissioned by Adobe and conducted by PageFair found ad blockers on desktop computers  — those web browser add-ons that stop banner ads from appearing on the screen — will cost publishers $22 billion in failed ad delivery this year. All told, 200 million people around the globe, or 7% of online humans, now block digital ads. Digital publishers and marketers are beginning to worry.

At a recent panel addressing ad blocking at Ad: Tech in New York City, one question kept coming up: who is the villain in this scenario? The ad blocker disrupting the prevailing business model? Selfish consumers who expect quality content for free? Or advertisers who have destroyed trust with the consumer by bombarding them with invasive digital advertising tactics? Bob Knorpp, Mediassociates’ director of client development and host of the popular marketing podcast The BeanCast, recently threw the issue to several experts in the field. Here’s what they said:

Nichole Kelly, CEO, Social Media Explorer, took the position there are no bad guys; only a dying business model. “Consumers don’t want to see our ads unless they are highly relevant and targeted,” she said, “and they are willing to risk losing those targeted ads just to prevent the untargeted ad.”

Bob Knorpp challenged the notion that ad blockers are just savvy businesspeople meeting a need in the marketplace, “AdBlocker the company is literally extorting money. They will whitelist you as an advertiser if you pay a little money. So, even their customers aren’t getting true ad blocking.”

“Should we have the authority to block ads? Probably not,” said David Burn, content consultant, Bonehook, “since that’s how businesses make money. We crave all this content and no one is saying remove the content, just remove the ad. But no one is asking how are these 72 people earning a living through creating this content going to earn a living next year.”

George Parker, publisher of Adscam, wants to know where the consumer’s sense of entitlement to free content came from. “For years and years, people were prepared to see ads on TV,” he said. “Why are you not prepared to accept it on your mobile device?”

Director of non-traditional advertising at Hubba, Saul Colt, believes consumer feel “…when it’s online, on my computer, it belongs to me for free and I shouldn’t have to pay for it or see ads. And that’s a ludicrous assumption that needs to be rectified.”

While the conversation didn’t end with the discovery of magic beans that will solve the problem, there was some agreement around the point that, although not villains, advertisers have to accept their share of the blame for inundating people with bad experiences and disruptive tactics. As Bob said, “we’ve betrayed their trust. Ad blocking is the result.”

What can you do with a room filled with mobile? Read our report on Google’s effort to pull data on preferences up from a crowd.

A recent study found that 57% of all online video ads are not ‘viewable.’ Download our whitepaper showing 10 ways marketers can solve this puzzle.

If you are a marketing executive facing the challenge of making advertising work, download our free whitepaper using the form at right to learn seven steps for improving ad campaign performance. We discuss how to prioritize marketing metrics; collect only the data most important in optimizing campaigns; and how to build a “forward-facing dashboard” that allows you to control future results.

Federal agencies are under more pressure than ever before. Ripples from the 2016 election, past recession, and changing audience needs make it harder than ever to plan for results. Here, we explain a new organizational theory that will help government agency managers structure teams and outside partners — to improve performance in today’s volatile world. 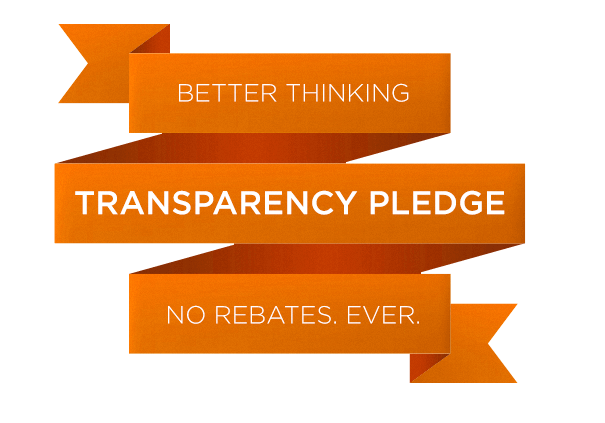